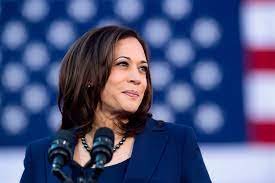 Kamala tweeted on Twitter the celebratory words along with one of her pictures, with a smiling face. However, she missed mentioning Memorial Day, the upcoming federal holiday reserved for honoring military members that have died protecting the US. On the other hand, the reaction of the masses to her tweet was very horrific. People made largely negative and sarcastic replies to her. One of the users claimed, “I’ve never been able to “enjoy” Memorial Day. It became that much harder when I lost my son fighting for this country. Thanks anyway Madam Vice President.”

Long Island Congressman, Lee Zeldin also responded to the tweet of the Vice President. He stated, “…and pay tribute to the courageous men and women of our nation’s military who sacrificed their lives in defense of our freedoms and liberties.” Also, few of the admirers of the first female veep did not hesitate in order to show their displeasure. Thus, one of her admirers said, “What a disappointing tweet from a person I like and support. Please do better.”

Staunch supporters of the Democrat fired back at her detractors, two days ahead of the national holiday. One of the comments read, “[Harris] has done more to respect and honor soldiers and vets in 6 months than the previous administration did in 4 years. Back off.” On Friday, the White House issued a proclamation marking Memorial Day, signed by President Biden.

In part, it mentioned, “Our Nation will never forget the courage and patriotism demonstrated by the countless women and men who laid down their lives so that we may continue to pursue a more perfect Union and to protect the unalienable rights Americans hold dear.”