South Africa: Brave men and women in the military should always be honoured for their sacrifices because they willingly risk their lives to protect the people’s freedom. This is a selfless act of valour, asking for nothing in return.
Read more
Home News Mayor Cllr V.V Bam chairs district Aids Council
Facebook
Twitter
Pinterest
WhatsApp

The District Aids Council has the mandate to strengthen and enhance the response of the district to the major challenge of HIV/Aids to ensure that its efforts reflect the true expression of the situation in communities.

In addition to fostering relevant organizations and government departments involved in the fight against AIDS in the district and ensuring that there are strategies in place for tackling the spread and negative impact of HIV/AIDS in the district.

The meeting was attended by the representatives from the KwaZulu Natal Office of the Premier, relevant government departments 7including the Department of Social Development, stakeholders, and civil society. 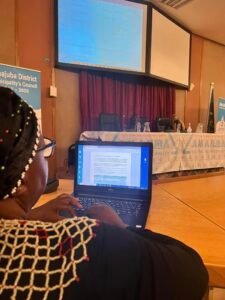 The Honourable Mayor, Cllr. V.V Bam, who is also the Chairperson of the District Aids Council, recognized all the stakeholders for their support and active participation in the work of the council.