South Africa, POLOKWANE| As the dialogue on Gender Based Violence and Femicide (GBVF) attended by various stakeholders continued at the University of Venda in Thohoyandou yesterday on Friday, 30 September 2022, Men for Change members were busy conducting an operation in Seshego that yielded positive results.

The operation was initiated by the SAPS Men for Change Forum in Limpopo and focused on the wanted suspects. Force multipliers were derived from various police units, and all operatives were commanded by Colonel Makhura.

The following wanted suspects were traced and arrested:

In total, 18 suspects were arrested.

The Provincial Commissioner of Police in Limpopo, Lieutenant General Thembi Hadebe, has appreciated the role played by the Men For Change to ensure that crime is defeated and the citizens of this province are protected from criminals. 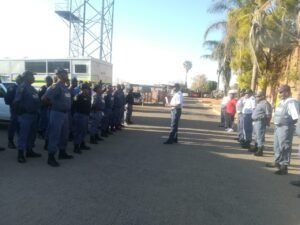