South Africa: Brave men and women in the military should always be honoured for their sacrifices because they willingly risk their lives to protect the people’s freedom. This is a selfless act of valour, asking for nothing in return.
Read more
Home News Bank of Baroda’s presence in Mauritius bears testimony to financial sector’s vibrancy,...
Facebook
Twitter
Pinterest
WhatsApp

Mauritius: The presence of the Bank of Baroda in Mauritius reflects the extraordinary bonds between India and Mauritius and is a testimony of the vibrancy of our financial sector. This statement was made last evening, by the Prime Minister, Mr Pravind Kumar Jugnauth, at Le Méridien Hotel in Pointe-aux-Piments, where he was attending a ceremony marking the Bank of Baroda’s 60 years of presence in Mauritius.

The Minister of Finance, Economic Planning and Development, Dr Renganaden Padayachy; the High Commissioner of India to Mauritius, Mrs K. Nandini Singla; the Governor of the Bank of Mauritius, Mr Harvesh Seegolam; the Bank of Baroda’s CEO, Mr Singh, as well as the Bank’s Executive Director, Mr Khurana; and other dignitaries, were also present. The Bank of Baroda commenced its operations in Mauritius on 19 October 1962, with the opening of its first branch in Port Louis.

The Prime Minister congratulated the Bank of Baroda, its shareholders, Directors, management and staff for its 60 years of successful operations in Mauritius. He likewise expressed confidence that the Bank will continue to support Mauritius on its path to economic and social development and will remain committed to further deepening the historical ties between India and Mauritius.

Moreover, Mr Jugnauth rejoiced that the Bank of Baroda has pioneered mobile banking in Mauritius and given access to banking services in rural and unbanked segments of the population from 1965 and later offered new services and brought in innovations to pave new pathways to financial inclusion.

The Prime Minister also recalled that the Bank of Mauritius identified the Bank of Baroda as the sponsor and settlement Bank for the prestigious Unified Payments Interface project of the National Payments Corporation of India. This is yet another achievement for the Bank to help facilitate real-time payment between Mauritius and India, he remarked.

Speaking about the global economy, the Prime Minister highlighted that the world is presently confronted with a number of challenges. The outbreak of the COVID-19 pandemic, the Russia-Ukraine war, the cost of the living crisis caused by persistent and broadening inflation pressures and the effects of climate change are severely impacting global economic prospects, he stated. There is also a looming recession that is likely to affect the economies of our trading partners, he cautioned. 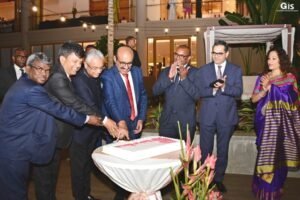 According to him, the possibility of spillover effects on our national economy cannot be ignored, and against this backdrop, we have to continuously implement reforms to strengthen the resilience of our economy, improve our business environment and also protect the most vulnerable segments of our population.

On that note, the Prime Minister emphasised that a number of reforms in our financial services sector have recently been introduced as this sector not only spurs growth but also contributes to pulling people out of poverty by promoting financial inclusion through seamless access to finance.

Our financial services sector, he underscored, has been resilient to the impacts of the pandemic, and it was one of the only two sectors, the other being the ICT sector, that recorded positive growth in 2020. In 2021, the sector moved by 4.6% and contributed 13.9% to GDP, Mr Jugnauth observed. The financial services sector also generates direct employment and currently employs around 14,000 persons, he said. 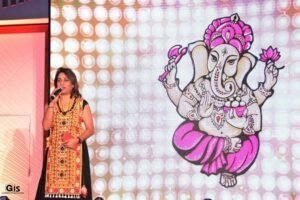 As regards the reforms undertaken recently, the Prime Minister affirmed that these had helped Mauritius to exit the grey list of the FATF, the black list of the EU and the UK’s list of high-risk countries well ahead of time.

Today, Mauritius is largely compliant with all the 40 FATF recommendations, and this demonstrates the strength and robustness of our financial services sector and our determination to transform our international financial sector into one of substance and repute, he highlighted.

Prime Minister Jugnauth, in addition, reassured that the effectiveness of our AML/CFT regime would constantly be strengthened to step up the fight against money laundering and terrorism financing. 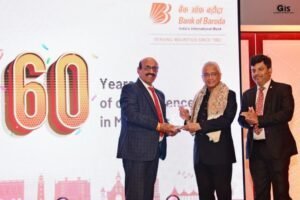 On the subject of digitalisation, the Prime Minister shared that the digital transformation of our financial payment landscape is being encouraged so as to enhance financial inclusion and improve efficiency. Artificial Intelligence and other emerging technologies such as Fintech and Blockchain are key elements to accelerate the digitalisation pace and create new pillars for our economic development, he stated.

We are also working to foster innovations and development in the banking sector and enhance its contribution to the economy. The Prime Minister pointed out. This includes the adoption of a modern digital payment system, the licensing of digital banks and the rolling out of central Bank digital currencies by the Bank of Mauritius, he added.