South Africa: Brave men and women in the military should always be honoured for their sacrifices because they willingly risk their lives to protect the people’s freedom. This is a selfless act of valour, asking for nothing in return.
Read more
Home News Prime Minister Jugnauth underlines critical importance of local tourism industry
Facebook
Twitter
Pinterest
WhatsApp

Mauritius: The critical importance of the tourism industry to economic growth through direct contributions, as well as its positive multiplier effect on various related activities across the tourism value chain, such as arts and entertainment, transport, and small and medium enterprises, was highlighted by the Prime Minister, Minister of Defence, Home Affairs and External Communications, Minister for Rodrigues, Outer Islands and Territorial Integrity, Mr Pravind Kumar Jugnauth, yesterday evening.

The Prime Minister was proceeding with the inauguration of LUX* Grand Baie, which is part of the six resorts and hotels of the LUX* portfolio in Mauritius.

In his address, the Prime Minister spoke of the deep impacts of the COVID-19 pandemic on the tourism sector. He pointed out that the well-being of the population and tourists and the sustainability of the sector were at the core of the decision-making of the Government.

He recalled that Government thus opted for a phased re-opening of borders, and the full opening took place on 1st October 2021.

According to Mr Jugnauth, the tourism sector is now positively on the upswing though Mauritius re-opened its borders after its main competitors, as the country registered a total of Rs 39.6 billion in earnings for the period July 2021-June 2022. 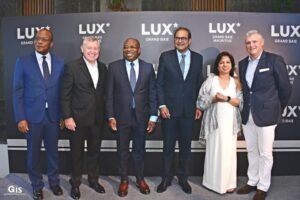 Mr Jugnauth affirmed that Government had consistently provided all the support required to the sector for its successful growth and development and would continue to foster an environment for entrepreneurs while visitors stayed safe and secure.

The Prime Minister also underscored that the successful recovery of the tourism industry would not have been possible without the close collaboration between public and private sectors that led to the reopening of borders and the development of a short-term tourism strategy for the re-launch of the industry.

He informed that in line with its short-term promotion strategy, aggressive marketing and promotion of the destination were ongoing by the Mauritius Tourism Promotion Authority in the main markets, and the results were more than encouraging. 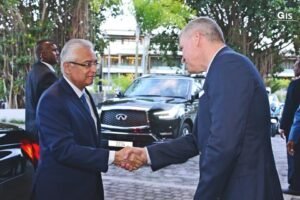 The preparation of a 10-year blueprint for the future of the tourism sector by the Ministry of Tourism with a view to further enhancing its resilience was dwelt upon by Mr Jugnauth. He stated that the blueprint aimed at positioning Mauritius as a more competitive world-class top-market destination.

For PM Jugnauth, tourism was at a cross-road and measures put in place today would help shape the tourism sector tomorrow. “I am confident that we can rely on the continued collaboration of all partners across the tourism valued chain to achieve our common objective,” he said.

Furthermore, the Prime Minister was of the view that LUX* Grand Baie would contribute to the enhancement of the attractiveness of the tourism offerings, adding to the local selection of five-star lux resorts, which tourists were increasingly opting for in the aftermath of the COVID-19 outbreak.

Mr Jugnauth thus saluted all those who were contributing to making LUX* Grand Baie a truly world-class resort that all could be proud of.