South Africa: Brave men and women in the military should always be honoured for their sacrifices because they willingly risk their lives to protect the people’s freedom. This is a selfless act of valour, asking for nothing in return.
Read more
Home News Ethiopia’s Implementation of Seqota Declaration model for other nations: President of ADB
Facebook
Twitter
Pinterest
WhatsApp

The African Development Bank President, Dr Akinwumi Adesina, stated in his speech that by banding together, we could solve the issue of child stunting in Africa. This project will receive $4 billion from the bank.

The president also praised Ethiopia’s government for its success in putting the Sekota Declaration into practice, saying it could serve as a model for other nations and that it would soon be implemented in six other African nations. 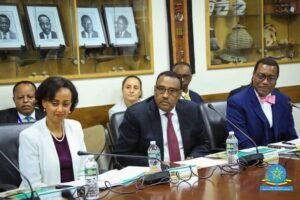 The Sekota Declaration is assisting mothers and children in getting nourishing food, according to Demeke Mekonen, Deputy Prime Minister and Minister of Foreign Affairs, and it will be fully implemented by 2030. Additionally, he said that the declaration aims to end child stunting in the nation.

In order to ensure that the declaration serves its intended purpose, top management has been closely monitoring and supervising its implementation, according to the Deputy Prime Minister and Foreign Minister.

Mr Demeke said more than 110 thousand children were saved in the Amhara and Tigray regions within six years of the implementation, according to a study on the Sekota Declaration’s implementation mechanisms that John Hopkins University conducted. 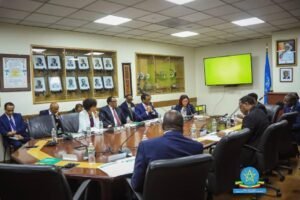 By making nutrition a top national priority and establishing effective multi-sectoral nutrition programmes in each of their respective nations, African Heads of State, the African Development Bank Group, the African Union mission to the United Nations, and partners pledged to invest in and accelerate progress toward ending stunting on the continent. 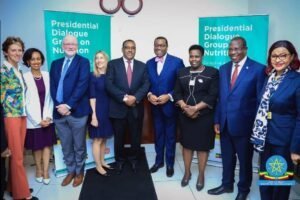