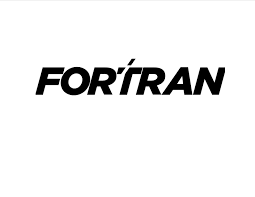 Fortran Corp (OTCMKTS: FRTN) is excited about its latest move to acquire a Wyoming limited liability company called Comconexx. It followed all the right procedures of acquisition, part of that being the signing of a Letter of Intent (LOI) to facilitate the transaction in question.

President Glenn Withers has been one of the leaders that have been vocal about the new development. He supports the company’s move outlining that it represents progression towards the right direction and the achievement of future business growth. The leader believes that the company has its priorities right, including its quest to boost its market share significantly in the future. He outlines that their focus, in particular on the Southeast, where they anticipate fetching significant revenue.

Withers opines, “We believe that the acquisition of Comconexx will increase our market share in the Southeast and add revenue that will enhance our bottom line numbers.”

Analysts applaud the company for settling on Comconexx , outlining that it presents an excellent opportunity to scale higher and achieve massive business success. Comconexx has its headquarters in Fort Myers, Florida. It has been conducting many of its operations on the location and has grown to become an attractive venture worthy of Fortran Corp’s consideration as a purchase deal.

Comconexx has been in business operations for a long time and has majorly focused on telecommunication sales. It has always invested heavily in its professional workforce, which has carried out many successful installations until the striking of the new deal with Fortran Corp. As a result, it has effectively served Fort Myers and other locations in its vicinity. Its board has given the nod to it, and so activities will continue. Everything comes to an end before December 31, 2021. The parties must observe the terms and conditions of the deal to the tail end of the deal underway.