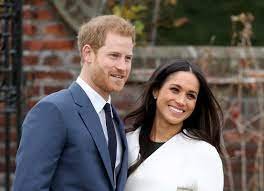 Queen Elizabeth II is really very happy and delighted, after the birth of the baby daughter of Harry and Meghan. Notably, the Duke and Duchess of Sussex declared about the birth of their second child. Also, the Prince of Wales and the Duke of Cambridge congratulated the couple on social media. On Friday, the 11th grandchild of the Queen was born at a hospital in Santa Barbara, California.

The baby of the Royal pair, Lilibet was born at 11:40 am local time. Significantly, the baby daughter weighs about 7 lbs 11oz. Prince William and Duchess of Cambridge also stated: “We are all delighted by the happy news of the arrival of baby Lili.” Prime Minister of Britain, Boris Johnson also congratulated the Duke and Duchess of Sussex. He sent his “many congratulations” to the couple and Labour leader Sir Keir Starmer welcomed the “wonderful news”.

Prince Harry and Meghan clarified that the middle name of their baby is Diana. Also, the pair said that they opted for this name to honor her “beloved late grandmother”, the Princess of Wales.

The couple posted a message on the Archewell website in order to thank all for their wishes. The pair mentioned,  “On June 4, we were blessed with the arrival of our daughter, Lili. She is more than we could have ever imagined, and we remain grateful for the love and prayers we’ve felt from across the globe.” Furthermore, they stated, “Thank you for your continued kindness and support during this very special time for our family.”