The Prime Minister, Mr Pravind Kumar Jugnauth, launched the Mobile App ‘Sekirite’, today, on the occasion of the celebration of the International Day of Older Persons 2022, at the Trianon Convention Centre, in Trianon. This mobile app aims at ensuring better protection of the elders by the relevant authorities.

In his address, Prime Minister Jugnauth highlighted that the theme chosen by the UN this year for the International Day of Older Persons, ‘Resilience of Older Persons in a Changing World’, was a call for action to build resilience in the face of the global challenges such as climate change, military conflicts, and pandemics. He thus extended gratitude to the UN and its agencies for their dedication to these causes.

The Prime Minister underlined that the senior citizens had, over the years, greatly contributed to positioning the country on the pathway of progress while preserving peace, social harmony and values in an evolving society. He reassured that Government would continue to see to it that the needs and expectations of the elderly were catered for.

He indicated that the number of persons aged 60 years or more was on the rise and had reached more than 244,000 to date, with some 155 centenarians. “This”, he added, “demonstrates the efforts of the Government to protect the elderly and promote their longevity and good health”. He also encouraged the elderly to practise more physical activities in their everyday life so as to remain healthy.

Furthermore, Prime Minister Jugnauth emphasised that a fourth recreational centre for the elderly would soon be ready in Riambel, in addition to the ones at Pointe aux Sables, Belle Mare and Pointe aux Piments. Other infrastructures for the well-being of the elderly comprise: a 22nd Elderly Day Care Centre to be inaugurated in Roches Brunes; and two Homes to be constructed at Flic-en-Flac and at Palmar, respectively. 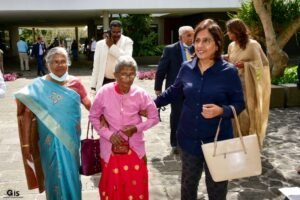 As regards COVID-19, the Prime Minister called upon the elderly to continue taking necessary precautions and appealed to them to get inoculated with a second booster dose against the Coronavirus as soon as possible.

For her part, Minister Jeewa-Daureeawoo commended the elderly for their patience and sacrifices so as to ensure the development of the country throughout the years. She also dwelt on some measures undertaken by the Government following the outbreak of the COVID-19 pandemic to cater for the elderly.

These include, among others: the payment of the Basic Retirement Pension to some 58,000 beneficiaries at their residence; the distribution of food packs to around 23,000 persons who receive the Carers’ Allowance; and a vaccination campaign carried out through health caravans and at the place of residence.

She pointed out that Government was and would continue to invest massively in a bid to ensure the well-being of the elderly, as demonstrated by the Rs 46.4 billion earmarked for the Ministry of Social Integration, Social Security and National Solidarity in the last budget.

As for the UN Resident Coordinator, she stated that this day was an occasion to appreciate, and be thankful for, the contribution of the elderly in the development of the country. Ms Umutoni further commended Government for establishing a good network of health care facilities for the elderly and the population at large. She also recalled the strategies deployed by the Government in order to ensure that the older persons were taken care of following the outbreak of the COVID-19 pandemic. 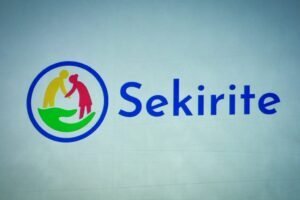 The UN theme for 2022, ‘Resilience of Older Persons in a Changing World’, highlights the resilience of older women in the face of environmental, social, economic and lifelong inequalities and raises awareness of the importance of improved worldwide data collection, disaggregated by age and gender.