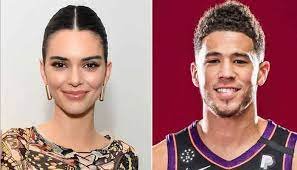 Recently, the American model, Kendall Jenner appeared in the show, ‘Keeping Up With the Kardashians Reunion.’ The model cheered up for the presumption that she loves to date only the basketball players. Also, Kendall Jenner opened up her relationship with Devin Booker, the NBA star, and revealed how their relationship is different.

Notably, Kendall mentioned, “No, I don’t only date basketball players, if anyone’s ever done their research. I’m not ashamed that I have a type, and I’m also a genuine basketball fan.” Furthermore, Jenner preliminary accepted that she is dating Devin and is serious for him. The model smiled and said, “He’s my boyfriend.”

As always, Kendall prefers to keep her man away from all the spotlight and media and noted, “I feel like it’s always worked better for me that way.” She continued and stated, “No offense to my older sisters at all, but I think that Kaylie Jenner and I specifically have had the opportunity to watch our older sisters go through marriages and relationships and break-ups and do them pretty publicly. It was a personal preference from a young age. I think it makes my life a lot easier and our relationship a lot better, to be honest…I just feel like it’s a private matter and not for anybody else to judge or know.”

Previously, the executive producer of KUWTK, Farnaz Farjam also spoke about this ‘rule of Kendal,’ while working with her. The producer mentioned, “Kendall’s always had this rule, which she felt like she had to be with someone for at least a year before she lets them be a part of the show and in the show. Because she doesn’t always know what people’s intentions are. So that’s why we kind of kept her personal life out of it, just because she had a rule.”

Also, the family of Jenner is fallen for the NBA star. An Insider said, “Her family loves him and knows how good they are for one another. They love having Devin around and have welcomed him with open arms. They love seeing Kendall so happy with someone who brings out the best in her. It’s exciting for everyone to see her in such a great relationship.”

Jennifer Aniston opens up about her dating life and rumors!
Tristan Thompson and Khloé Kardashian spotted together!
Comment