South Africa: Dr Nkosazana Dlamini-Zuma Municipality took its first step on the journey toward ensuring a better life for the people of ward 8 by opening a new road yesterday. The project included the reconstruction of gravelling, earthwork and finishes. This project was able to create temporary employment for local people.

At the handover, Mayor Msomi said the Municipality was walking the road to a better life along with the people of Dr Nkosazana Dlamini-Zuma Municipality and said they would not be abandoned in their time of need.

Mayor Msomi said the Municipality would be working along with other spheres of government to not only build roads but rather integrate communities.

“We have committed ourselves to build quality roads that will provide access to rural areas leading to better communities. Gone are the days where the government will build just a road without ensuring the integration of all services needed by the community,” said Mayor. 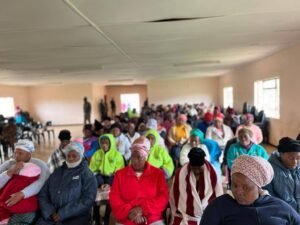 Deputy Mayor Hadebe mentioned that “the radical transformation of our road infrastructure as envisaged in the National Development Plan (NDP) is not an option but an obligation to address massive challenges of inequality, poverty and unemployment in our communities”.

She further mentioned that “It will be a gross indictment on me if I do not talk about the issues of road safety, particularly as we approach the festive season. This year let us approach the festive season with a high level of consciousness. The level of awareness about road safety is high, with many voices making a clarion call for individuals to take responsibility for the reduction of carnage on our roads,” working together to build better communities.