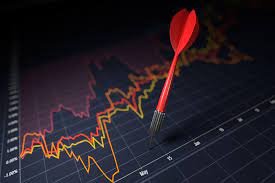 Tencent affected by the push to redistribute wealth

China’s -largest tech firm posted the worst quarterly growth in revenue since the beginning of 2019, highlighting the impact of *crackdowns on the edtech sector, which is a major source of advertising revenue. In addition, the company suffered from President Xi Jinping’s push to alleviate social evils and reduce inequality, as its primary mobile gaming segment cooled after cutting playing time for minors.

The months-long campaign has sparked a trillion-dollar selloff in Chinese stocks and thrown businesses including education, internet commerce, and car-sharing into disarray. However, after gaming revenue growth slowed, Tencent’s sales increased 20% to $21.3 billion for the quarter ended June.

Tencent President Martin Lau told analysts, “In the near future, more regulations should be coming. This should be expected because the regulation has been quite loose over an industry like the internet, considering its size and the importance.”

Enhanced scrutiny and growing competition from the likes of ByteDance has prompted Tencent to join the likes of Alibaba Group Holding Ltd. (NYSE: BABA) to spend part of their profits on games, short videos, and cloud services. Also, the company has joined peers in increasing philanthropy.

However, some investors are concerned that the increased generosity may eat into profit margins. In Q3, Tencent’s net profit was 42.6 billion yuan, exceeding expectations of 30.8 billion yuan, thanks to a gain of over 20 billion yuan on its global assets.

Bernstein analyst Robin Zhu said, “Tencent management noted that there was ‘a lot more to come’ on the regulation front across multiple segments from different regulators. This is clearly not ideal. But more positively, management expressed confidence that the company could remain fully compliant – while staying the course on long-term strategy and monetization, and ensuring a stable long-term earnings profile.”