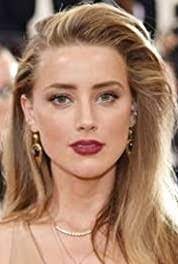 Amber Laura Heard, the popular American film and television actress, welcomed her baby daughter, after keeping her pregnancy secret. The ‘Aquaman’ star also revealed the name of the baby, ‘Oonagh Paige Heard.’ The actress on Thursday, shared a picture of herself, holding the little girl via her Instagram profile. The Mumma- daughter duo looked very cute and fascinated effectively.

Amber Heard, 35, along with the picture also wrote, “Four years ago, I decided I wanted to have a child. I wanted to do it on my own terms.”

She further added and stated, “I now appreciate how radical it is for us as women to think about one of the most fundamental parts of our destinies in this way. I hope we arrive at a point in which it’s normalized to not want a ring in order to have a crib.”

However, Heard also clarified that she believes to maintain privacy and acknowledges keeping her personal life private. She realizes that ‘the nature of my job compels me to take control’ of sharing this good news.

The actress also revealed the birth of Oonagh Heard and wrote, “My daughter was born on April 8, 2021. Her name is Oonagh Paige Heard. She’s the beginning of the rest of my life.”

The mid-name of little Oonagh Heard, Paige, seems to be a tribute to the late mother of the actress,  Paige Heard. Evidently, Heard’s mother died in May last year and Amber stated that she was “heartbroken and devastated beyond belief,” at that time.

Amber gained the spotlight due to her personal life for years, all due to her turbulent divorce from Johnny Depp. In 2016, the pair proceeded to split along following their legal fights in court over their mutual abuse allegations.

However, earlier in 2021, Amber shared her Legal victory over this battle. Further, the former pair’s split, the actress moved on with Elon Musk. Later, in 2018, she got separated from Elon as well. Since January 2020, Amber Heard is in a relationship with Bianca Butti, the popular cinematographer.

Heidi Klum claims that she tried but it didn’t worked with her ex- husband, Seal!
“Vaccinated ones are secured from Delta variant, masks not important,” Suggests CDC!
Comment