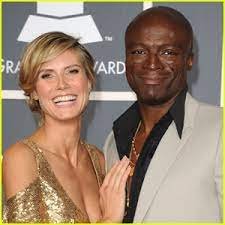 Heidi Klum, the German-American model has opened up about her failed marriage with Seal, the British singer-songwriter. The actress has been married thrice till now, initially she tied knot with hairdresser Ric Pipino, then with rapper and currently is married to Tokio Hotel rocker Tom Kaulitz.

The actress, married Seal in 2005 and used to renew her wedding vows with the songwriter, each year. However, in 2014, Klum and Seal separated with their mutual desicion.

The model accepted that with the passage of time, she began to face trust issues in the repeated ceremonies. Klum stated, “Like, ‘This is really not working.’ But I tried.”

In 2015, while sitting with Andy Cohen in an interview, Seal, 58, on vow renweal started, “That was my ex-wife’s idea, to be honest.“ He further added and mentioned, “Noting that I ‘disliked’ that the ceremonies were publicized. It kind of turned into a little bit of a circus, which I wasn’t terribly fond of because, by default, I’m quite a private person.”

Notably, the former pair owe for kids and are co- parenting them. However, in 2020, Klum accused Seal of not letting her to take their kids abroad to film, ‘Germany’s Next Top Model’. In their context, Heidi stated “It could be easier sometimes, but everyone is healthy and that’s the most important thing. Everything else can be figured out.”

The model later added and mentioned, “Sometimes it’s just talking things out, you know? I never really had that before. Before I always had to make all the decisions, do all the planning for everyone. I didn’t know that it could be like this. I’m just finding all these things out.”