South Africa: Brave men and women in the military should always be honoured for their sacrifices because they willingly risk their lives to protect the people’s freedom. This is a selfless act of valour, asking for nothing in return.
Read more
Home News Barana Aute Warriors defeats Titou Gorge Splashers by 23 runs
Facebook
Twitter
Pinterest
WhatsApp

Dominica: The 2nd Edition of the Dream11 Nature Isle T10 Cricket Tournament commenced yesterday at the Windsor Park sports stadium. The Titou Gorge Splashers took on the defending champions, Barana Aute Warriors, in the opening game of the Tournament.

In the Tournament’s first game, the defending champions, Barana Aute Warriors, won the match by 23 runs.

Titou Gorge Splashers called their fans to cheer up and support and stated, “We play our first game of the Tournament against the defending Champs, Barana Aute Warriors.”

Furthermore, they said, Come and show your support, walk your rags, flags, bandannas in support of the team.

Titou Gorge Splashers also attended a meeting with the Sports Coordinator at the opening ceremony of the 2nd Edition of the Dream 11 Nature Isle T10 Cricket tournament.

Teams played for: Dominica U19 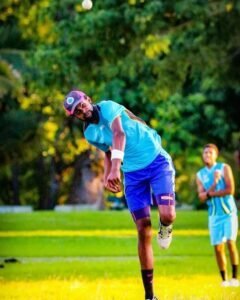 Titou Gorge Splashers also thanked the D-Treads Tyres Inc for sponsoring the Splashers Man of the Match award, that was presented to Seandell Regis following the first game against the defending champions. He received a certificate and $100.

From the Splashers, Seandell Regis smashed the first half century of the 2nd Edition. He got 52*, Malakai Xavier 15, Vivian Titre 12. The splashers did not expect these results, but they said they would bounce back in their next match.