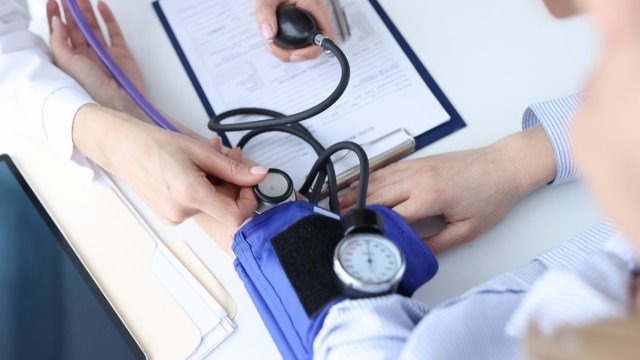 In the recent times, the high blood pressure is one of the most common forerunner to major health issues. This basically includes the heart attack and other heart related issues. As per the CDC, Centers for Disease Control and Prevention, a staggering 45 percent of the U.S. population suffers from hypertension at any given time.

However, not only the genetic problems leads to the heart related heath problems , but the dietary habits also contribute to it. The given below are some basic reasons for the cause of high blood pressure.

The main way to lower your risk of high blood pressure is limiting the consumption of fried food is a great place to start. Nicole Weinberg, MD, a cardiologist at Providence Saint John’s Health Center in Santa Monica, Calif says, “If you are eating fried foods like fried chicken [and] French fries . . . you are increasing your risks of heart disease, stroke, and diabetes. All the medicine in the world cannot counterbalance a terrible lifestyle,” she cautions.

Too much Sodium intake!

The Sodium has always proved to be main reason of higher blood pressure. As per the CDC, approximately 90% of people in the U.S. consume an excessive amount of sodium. David Cutler, MD, a family medicine physician at Providence Saint John’s Health Center says, that if you want to decrease your risk of high blood pressure, “reduce sodium intake with optimal goal of no more than 1500 milligrams of sodium per day. ”

Alcohol is the main reason to many of the health related problems. It not only harms the liver but also causes the problem of high blood pressure. Among a study of 17,000 U.S. adults, those who consumed between seven and 13 drinks a week had significantly higher rates of high blood pressure than teetotalers, according to 2019 research presented by the American College of Cardiology. Spencer Kroll, MD PhD, FNLA, of The Kroll Medical Group says, “Alcohol consumption can lead to a decline in renal function, which can result in high blood pressure.”

The most healthy and tasty fruits!
The anti-government protests in Columbia kills 24!
Comment