Mauritius: A Conference on the theme ‘Protecting personal data across all economic sectors’ was jointly hosted by the Ministry of Information Technology, Communication and Innovation, and the Data Protection Office yesterday at the Shri Atal Bihari Vajpayee Tower in Ebène.
Read more
Home News Eleven stolen cattle recovered as police crack down on suspected syndicate in...
Facebook
Twitter
Pinterest
WhatsApp

POLOKWANE| An intelligence-driven joint operation conducted from Monday, 17 until 18 October 2022, has cracked down on a syndicate believed to be responsible for stealing cattle owned by small-scale farmers around Lephalale, Tolwe, Mokopane Marken and surrounding areas.

The operation comprised members of the National Tactical Response Team, Tolwe Detectives, and Provincial Stock Theft Unit, assisted by the Steiloop Stock theft Forum. The team followed information about suspects who steal cattle and later sell them on auctions.

The information was operationalised, and six cattle were recovered after the suspect offloaded them on the side of the road and were supposed to be picked up for auction. 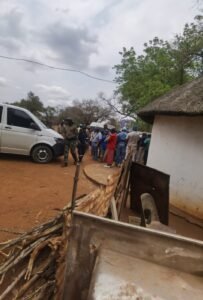 As the operation continued, police spotted a Ford Ranger with a trailer driving at high speed. The vehicle was tactically stopped and pulled over, and during the cross examination, one suspect was positively linked with stock theft incidents. Police continued with the investigation, and five more stolen cattle were found kept on his farm around Tolwe.

The Provincial Commissioner of police in Limpopo, Lieutenant General Thembi Hadebe, commended the members for the well-coordinated operation and thanked community members for their support in curbing stock theft incidents in the province.

The 54-year-old suspect, Johannes Tsita has, appeared before the Tolwe periodical court on Thursday, 20 October, where he was remanded in custody. He will appear again in the Senwabarwana Magistrate’s Court on Tuesday, 25 October 2022.

Police urge community members to report any suspicious persons or vehicles transporting livestock to the police immediately. We are calling on livestock owners who might have recently lost their cattle to visit the livestock pound in Bochum for the purpose of positive identification or call the Branch Commander, Detective Warrant Officer Paul Makhutja, on 082 414 1882.

Police investigations are still going on.