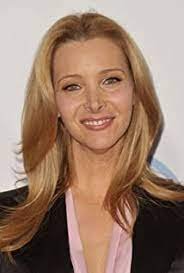 Lisa Kudrow, The Feel Good star on Friday in an interview spoke about her most favorite moments of ‘Friends Reunion.’ The interaction was notably very quick and quiet. Lisa Kudrow stated a few of the heartfelt moments from filming the reunion with the costars, Courteney Cox and Matt LeBlanc.

Lisa Kudrow said, “Well, Courteney comes in and burst into tears and then Schwimmer pointed this out, we were watching it together like Thursday night — and I grab a napkin or a tissue.” She further added by stating, “LeBlanc takes it because he is telling us a story and doesn’t want to skip a beat and starts dabbing her eyes, just on automatic.”

The show, ‘Friends: The Reunion’, hosted by James Cordon was premiered on May 27. Notably, all the famous cast actors of the show were seen. The co-creators Marta Kauffman and David Crane and executive producer Kevin Bright were also invited to the reunion. They shared several delightful behind-the-scenes of the show from their time working on the NBC series. Notably, the series of ‘Friends’ ran for about 10 seasons from 1994 to 2004.

In another lighthearted reunion moment between LeBlanc and Cox, the actor teased his friend about hiding her script in the bowl of fruit sitting on Monica’s kitchen table as the group moved around Stage 24. Lisa Kudrow said she also noticed that there was “always a script” in the apartment’s kitchen sink. But, she did not know why at the time, turns out, it was Cox’s.

Lisa Kudrow also shared that she had a difficult time watching herself on the series today, reflecting on her role as the lovable Phoebe Buffay. However, Lisa Kudrow’s husband Michel Stern loves to see her in action and appreciated her too. She said, “He enjoys them more than I do. Because I’m mortified with myself.”