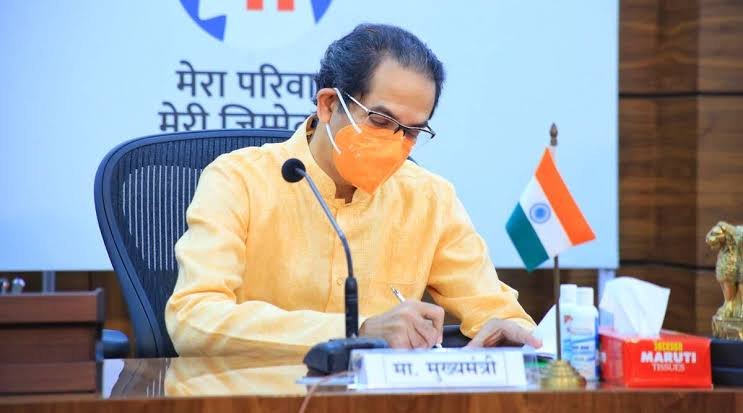 Recently, the Chief Minister of Maharashtra, Udhav Thackeray addressed a Conference meeting with the Governing Body of India. This discussion was all about the deteriorating situations of India due to Covid-19. However, in this virtual meeting, Thackeray told PM Narendra Modi that Maharashtra is also not lagging. This is to say, the Government and the public are fighting very well to control this pandemic. Significantly, this meeting was organized on a Conference call over the internet. Mr. Thackerary very well explained all their efforts and precautions taken.

Notably, Maharashtra was reported to have 55,469 new cases. Thus, the state has become the highest rising cases state in India with 4,72,283 active cases. Thus, in order to manage the emerging cases, the Maharashtra Government declared some new guidelines. Certainly, the people are now restricted to move in public areas and transport. But, there are exemption to those involved in essential services. In addition, the Mumbai Police Forces just updated their lockdown guidelines too.

What happened in the Conference?

During the conference, Mr. Thackeray told that Maharashtra has reported to have increased the number of daily tests. Also, he has urged the Central Governing Body for additional vaccine doses. In addition, he sought PM’s help in procuring oxygen and ventilators from other states. Mr. Thackeray also requested PM Narendra Modi to accept the proposal of Haffkine Institute. Thus, the Institute would further start the manufacture of anti-coronavirus vaccine.

The Union health secretary, while in the Conference, showed his satisfied gratitude. Notably, he said that from the total tests conducted, 71 per cent RT-PCR tests and 28 per cent rapid antigen tests were done. Also, he requested the numbers to be increased, the statement mentioned.