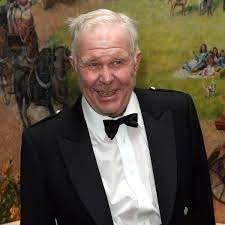 Ned Beatty, the popular American actor died at the age of 83, on Sunday. The actor is well known for his admirable performances in the classics like ‘Network’ in 1976 and ‘Superman’ released in 1978. Beatty made his film debut in 1972, with his work in the movie, “Deliverance.”

The actor, Ned died of natural causes and was surrounded by his family and friends at that time. His manager, Deborah Miller, in his statement stated, “Ned passed away from natural causes Sunday morning, surrounded by his family and loved ones. His family has decided to keep details private at this time. Ned was an iconic, legendary talent, as well as a dear friend, and he will be missed by us all.”

Ned was born in 1937 in Louisville, Kentucky. In 1960, Beatty began his career as an actor in regional theater in the South. Further, in 1972, the actor worked in the classic film of John Boorman, ‘Deliverance.’ In this movie, the actor did a role of an Atlanta-based businessman who goes on a canoe trip with three buddies. There in, gets humiliated and raped by two Georgia mountain men.

Ned Beatty appeared in many of the films and TV shows in his 50-plus years as an artist. He mainly every time helped in setting the importance of the supporting cast and that character actor could also steal the hearts of the viewers.  Ned was nominated for a Golden Globe for Best Supporting Actor for ‘Hear My Song,’ released in 1991.

Notably, the actor appeared in more than 160 film roles. On the other hand, he also had a sound career in Television and the theater. He also appeared in both of the seasons of  “Homicide: Life on the Street”, in the mid-’90s,  as a Baltimore police detective. He also appeared as the father of John Goodman’s Dan Conner in six episodes of the sitcom “Roseanne.”