Yesterday, on 29 November 2022, morning during his keynote address, the President, Mr Cyril Ramaphosa made, mentioned the significant progress and stated that “we are making in two of the Projects in the Northern Cape; this being the Prieska Power Reserve as well as the Boegoeberg se baai Port and Rail project.

The Minister for Public Works and Infrastructure, Ms Patricia De Lille, mentioned 9 projects to be gazetted as part of the Green Hydrogen National Programme, 4 of these projects are in the Northern Cape, namely;

Provincial Government remains committed to ensuring that the people of this Province derive maximum benefit from these developments.

According to the reports of the Northern Cape government’s Facebook page, the purpose of signing the agreement was to set out the principles and areas of cooperation between the Parties regarding the opportunities offered by the development of a green hydrogen economy in South Africa and more particularly, in the Northern Cape and the Western Cape. 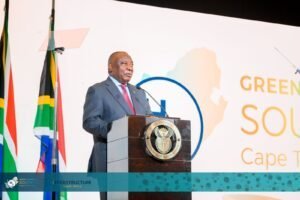 People of the Province seemed happy with the green hydrogen summit and showed their happiness by commenting on their Facebook posts. One of the Facebook users commented that they were happy; that’s a great initiative, and they are looking forward to Northern Cape Province government with many initiatives like these.

On the other hand, another user was happy but also concerned at the same time because he was facing some nuclear waste issue, but the Northern Cape government’s official Facebook page immediately reverted him back and said that it would be done within an hour. 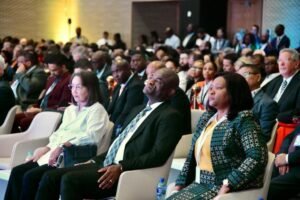