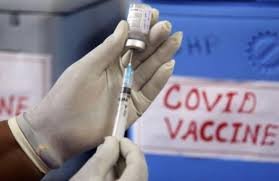 After the vaccination of Covid-19, it is common to experience fever, headache, a sore arm, which lasts for a day or two. However, the changes to the menstrual cycle will not appear on the list. Women around the globe have frequently questioned if early, heavy or painful periods might be an unlisted reaction to the jab.

Dr. Kate Clancy, a medical anthropologist, on Twitter answered this by sharing her own experience. She said, “Unusually heavy period following the Moderna vaccine, and received dozens of similar accounts in response.” Thus, with a former colleague Dr Katharine Lee, she launched a survey documenting people’s experiences.

They further stated they don’t know yet whether the vaccine is causing these changes as it hasn’t been studied. It is possible women post-vaccination were more likely to notice or attribute changes, particularly after hearing about experiences of others.

On the other hand, Dr Victoria Male, a reproductive immunologist at Imperial College London, said, “some post-menopausal women, and people taking hormones which stop their periods, have reported bleeding. So she is inclined to suspect there may be a harmless physical reaction occurring.”

Dr. Clancy and Dr. Lee clarified saying that a number of trans men and post-menopausal women who do not normally have periods got in touch with them. Further, they all claim to say that they had experienced bleeding after the jab.

The reproductive experts state that these changes are not anything to worry about. However, the link is unproven, there are logical reasons the vaccine could be causing changes to periods. The womb lining is part of the immune system. In fact there are immune cells in almost every part of the body.

The immune cells in human body play an important role. Notably, they help in building up, maintaining and breaking down the lining of the uterus. Thus, this results in thickening and prepares for a pregnancy. Further, then it helps to shed the egg in the form of a period, if the egg is not fertilied.

Side effects of not eating grains!
The most healthy and tasty fruits!
Comment