Yesterday, Prime Minister met with the Workers Union, where many workers submitted their complaints, along with several of the workers themselves, to update them on the progress.

Many workers have already received their compensation, and other’s process is ongoing.

The criteria for the severance payments for employees in St Kitts and Nevis is going like that:

Prime Minister Terrance Drew gave his words when he was campaigning during St Kitts and Nevis elections, where PM Drew mentioned that It is his duty to fulfil promises.

After this meeting, he also attended one more meeting with the Ross University School of Veterinary Medicine’s management team to continue strengthening relationships, where he discussed their future ties. 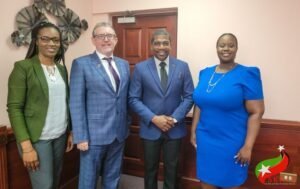 He said, “It was a fruitful discussion, and I look forward to a continued partnership.”

PM Drew is working well and hard in a bid to fulfil the promises he made during his campaigning.

And today, PM Terrance Drew attended the Independence Celebration Cocktail Reception, which the Governor General hosts, where other leaders have also seemed.

After the celebration, PM Drew posted on his Facebook that “I had a wonderful time with you at the Independence Celebration Cocktail Reception hosted by the Governor General. It was a pleasure celebrating with you.” 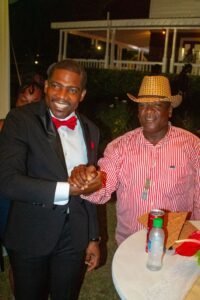