South Africa: Brave men and women in the military should always be honoured for their sacrifices because they willingly risk their lives to protect the people’s freedom. This is a selfless act of valour, asking for nothing in return.
Read more
Home News Botswana: Buti Billy officially launches 16 days campaign
Facebook
Twitter
Pinterest
WhatsApp

Botswana: The Assistant Minister in the Ministry of Youth, Gender, Sport and Culture, Honourable Honest Buti Billy, officially launched Sixteen Days of Activism Against Violence on Women and Children at an event held in Gakhibane SandDunes Grounds yesterday.

When addressing the attendees, Honourable Billy called on citizens to stop the scourge of GBV, where females are usually the victims.

“It is important to note that the right of women and girls to live free of violence is an inalienable factor that remains fundamental as enriched in the constitution of Botswana,” he said.

Held in Gakhibane village in the Kgalagadi South District, the area MP, Honourable Sam Brooks, reiterated that residents should all unite and stand against the rampant cases of Gender Based Violence in their community. 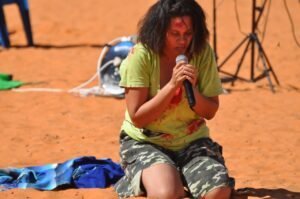 The event was held under the theme “UNiTE to End Gender Based Violence Now” with the intent to fight the marauding COVID-19 aftermaths on GBV. The theme, therefore, calls for a multi-sectoral and united response by all citizens, communities and stakeholders.

And still, many people claim that Gender based Violence is not a National Emergency crisis.

Moreover, the Botswana Gender Based Violence Prevention and Support Centre provides timely support for survivors of Gender based violence. These services include FREE clinical services such as HIV testing, emergency contraception and STI screening, as well as counselling services.