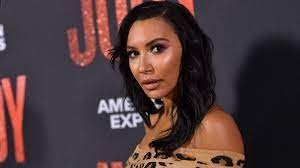 Naya Rivera’s son, Josey is yet struggling with the trauma of his mother’s death. Naya’s father, George Rivera discussed the issues the family is facing to get the little five-year-old kid out of this abrasion. Naya, the ‘Glee’ actress died in July 2020 in an accidental drowning incident.

This incident took place at Lake Piru near Los Angeles, California. The body of the actress was recovered after the extensive five-day search operation. However, her son, Josey, was discovered, sleeping alone in the boat which they rented after Naya failed to return it.

George, 64, appeared in an interview with ‘Entertainment Tonight’ and opened up these issues. Her father conversed about how Josey is coping with the loss of his mother following the painful and devastating experience he had on the lake.

He further also clarified that Ryan Dorsey, Josey’s Father, and also Naya’s sister, Nickayla are doing their best to get the child out of all this disturbance. Josey, steeped out for Father’s day celebration, with them to reach some likeness of standardness, without his mother Naya.

George Rivera said, “Nickayla Rivera and Ryan Dorsey are doing a really great job. Tough situation, especially because he was there — it’s not like you’re talking about a ghost that’s floating around, right? He’s got memories as well, but boy is he coming around, right? Really strong kid.”

George recalls that he warned Naya against jumping out for swimming, as the rented boat did not have an anchor. Thus, Being a zealous boater, Naya’s father knew that it would be tough for Naya to keep the boat within a safe distance.